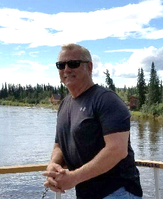 Happy New year to all and welcome to 2021.  The past year has been rough on all including the members of the 146th Airlift Wing and its members as well as well as those of the Wing Association, and its members.  I think we are all ready to move on into the new year with high hopes and expectations.  I have great optimism and expectations for our Association and Wing members.  I have always been and am proud to be a member of the 146th Airlift Wing and the 146th Wing Association.  ​

https://www.146aw.ang.af.mil/News-Photos/News/Article/2131302/146th-airlift-wing-assists-in-federal-medical-station-setup-for-covid-19-respon/
I would like to personally thank all 146th Association family and staff.
After weathering a year of cancelled new programs and postponed events (due to the COVID-19 pandemic), I anticipate the 2021 Wing Association budget will have several associated challenges.  I foresee a slightly higher number of expenditures.  One of our biggest tasks in 2021 will be maintaining membership while gaining new members currently serving.  Additionally, we have over 50 members who are two years in arrears for their dues.

I ask that all current members encourage those that have not participated in the Association to join.  This Association cannot continue the high caliber of care and assistance without all our support. As a reminder, dues are remaining at $20.00 annually, and are due on the 1st of January each year.


WHAT’S HAPPENING AROUND THE WING

2020 began ordinarily enough for the members of the 146th Airlift Wing. The 115th Airlift Squadron welcomed LTC Joe Sanduk as its new Commander and newly promoted Col. Christopher Dougherty became the Operations Group commander on February 8, 2020. As the new Group Commander, Col. Dougherty would actively push his group to maintain the same priorities he set since his days as the 115th Squadron Commander.
In March, the 146th Airlift Wing would host its first ever STEM (Science, Technology, Engineering and Math) event, where over 100 STEM students from various middle schools across Ventura County participated in the Tri Warfare Middle School Challenge.  Students were able to develop hands-on learning experiences that demonstrate how engineers use math and science to develop ideas and solve problems.
March was also widely recognized as the month where everything changed for the world as the first cases of COVID-19 began to become widely reported, and the world began to shelter in place during the nation’s first set of stay-at-home orders.
Members from the 146th Airlift Wing were some of the first to respond to California’s first efforts in building medical shelters to care for the first Covid-19 patients in Indo, California. Mobilized personnel boarded a C-130J aircraft bound for the Indio Fairgrounds and assisted the Riverside County Emergency Management Department in their task of retrofitting the fairgrounds convention center into a federal medical station as a treatment center for those feeling ill, Wednesday, March 25, 2020.  Originally projected as a two-day mobilization for the Wing, the 146th provided around 20 personnel to support and integrate with additional state emergency resources, providing the movement and staging of 125 temporary medical beds and sanitation stations inside the facility as a part of the California National Guard’s wide skill sets assisting with humanitarian missions.
The operations tempo for COVID-19 relief missions would soar and set the pace for the rest of the year.  At the end of March, several teams from the Wing mobilized personnel to begin delivering and organizing food to multiple food distribution centers in the Santa Barbara area with the non-profit hunger-relief organization Foodbank Santa Barbara. Initially projected as a 14-day mobilization, the 146 AW provided around 80 personnel to support and integrate with additional California National Guard units statewide. This number would double as the missions expanded across the state with airmen still on missions assisting the food banks to this day.
​
As COVID-19 numbers began to soar towards the end of the month, the Wing was tasked to stage multiple medical facilities throughout the state. Airmen assisted in the setup of durable medical equipment and temporary hospital beds for a federal medical station at the Los Angeles Convention Center to aid in COVID-19 response on March 29, 2020. The airmen, based out of Port Hueneme, set up 250 temporary hospital beds and medical equipment, including wheelchairs, privacy screens, and other needed medical paraphernalia under the guidance of the U.S. Department of Health and Human Services and the City of Los Angeles. These airmen continued setting up similar federal medical stations in the cities of Santa Clara and Indio to help aid hospital overflow due to the COVID-19 outbreak that began January of this year.
During the month of May many first line responders in hospitals across the nation were facing the unprecedented pandemic with little to no end in sight. In a coordinated effort that began as a movement to show support and gratitude for first responders across the globe, the 146th Airlift Wing provided two C-130J aircraft to fly over local hospitals in Ventura County. Honoring Ventura County’s first responders, healthcare workers, and essential personnel on May 15, 2020, the pair of C-130J’s accomplished a training route over several Hospitals and Medical Centers in the area. The flyover demonstration was part of a national two week-long project known as “Operation America Strong”, an Air Force and Navy collaborative salute recognizing healthcare workers, first responders, and other essential personnel during the COVID-19 pandemic.  California Air National Guard Col. Christopher Dougherty, Commander 146th Operations Group, explained the shared benefits for his squadron and the community in adding this flyover at the end of the training.
Amid the challenges serving in the Air National Guard during the COVID-19 pandemic, California Air National Guard maintainers from the 146th Maintenance Group (146 MXG) and aircrew from the 115th Airlift Squadron (115 AS) collaborated to accomplish the launching of 6 C-130J Super Hercules aircraft for the first time in over 20 years on May 26, 2020.
On May 31, 2020 U.S. Air National Guard Tech. Sgt. Omar Godoy and Master Sgt. Jordan Kennedy arrived in Los Angeles with an entire team from the 146th Security Forces Squadron, (146 SFS) from Port Hueneme, California.

The 146th Airlift Wing welcomed California Air National Guard Col. Lisa Nemeth as their incoming Commander during an assumption of command ceremony held at the 146th Airlift Wing, June 13, 2020.  Col. Nemeth previously served at the Pentagon as the Air National Guard Advisor to the Deputy Chief of Staff for Operations, Lt. Gen. Mark D. Kelly.  She had flown as a KC-135 pilot since 1997, and also served as an instructor at Undergraduate Pilot Training and in various staff positions to include at United States Strategic Command and United States Transportation Command.

Col. Nemeth, who has been especially impressed with the enthusiasm and selflessness her new guardsmen have shown throughout the pandemic, says she loves the California Air National Guard’s mission. “The selflessness and willingness to volunteer in the community at a moment’s notice and without hesitation have been incredible. The hard work that the 146 AW airmen have accomplished and their desire to serve with enthusiasm are energizing,” said Nemeth.
As cases of civil unrest began to grow across the country, the 146th Airlift Wing performed over 75 sorties (military operational flights) moving 1,574 personnel and 364,600 pounds of supplies across California June 1– 5, 2020.  Wing personnel were activated to support civil authorities protecting lives and property during a series of civil unrest events in the Los Angeles County area.
Vice Commander for the 146 AW, Col. William Green, said that airmen airlifted from Air National Guard wings across the state would immediately undergo the strict and structured rules of use of force training, should they be called upon to support civil authorities in Los Angeles.
On August 6-9, 2020, 6 airmen would graduate from the Phoenix Raven Apprenticeship Indoctrination class, at Camp Roberts, San Luis Obispo, California. The three-day course designed to allow the seasoned Ravens to test and evaluate the Raven trainees; as they were tested spiritually, mentally and physically. It is their first stepping stone to becoming a Phoenix Raven.
Members of the California Air National Guard’s 146th Maintenance Group provided critical aircraft recovery support by assisting Marines from Twentynine Palms, California, as they disassembled, lifted and loaded the remains of a KC-130J aircraft, that collided with a Marine F-35B during a refueling mission, onto a transport truck Oct. 10, 2020. The KC-130J made an emergency landing shortly after making contact with the F-35B during an air-to-air refueling mission.  The Aircraft landed in an agricultural field a few miles from Thermal airport, with all crew members surviving the crash. The 146th Crash Damage and Recovery team (CCDAR), specializing in recovery of crashed aircraft, traveled to the site to begin assisting the Marines.
And rounding out the year, the 146th Airlift Wing’s Public Affairs team assisted with the production of the Oxnard Chamber of Commerce’s military appreciation award ceremony. providing a recognition video for the outstanding contributions of military members across Ventura County.
Many airmen from the 146th Airlift Wing remain on missions to this day still assisting Food Banks, providing protection to lawmakers and politicians during civil unrest in Washington D.C., and now are in the process of helping support Covid-19 vaccination efforts across the state.  One thing is certain, whenever & wherever the citizens of California need help, the 146th Airlift Wing will be ready to assist, defend, and serve California.

We were incredibly pleased to report that the Wing Association awarded twelve $750.00 and one, $1000.00 scholarship award for the 2020 season.  The Scholarship program was started in 2010 for 146th Airlift Wing Airmen E-1 to E-6.   To date, we have awarded $56,750 to deserving airmen.  This program is only possible through the generous donations from our Wing personnel and our Association members. The Association, as stated before, is an IRC 501 C (3) public charity and complies with the US Tax Code. Donations to the Scholarship Program are tax deductible as allowed by law.

It has been an especially trying year for some members and families who have experienced loss.  I am very saddened to report the Final Flights for the following individuals.


Keep Them in Your Thoughts

MSgt Jim Dominguez, 146 SFS retired, wishes to share that his wife, Nancy, is terminally ill with a rare form of cancer.  She does not have much time left.  She cared for many of the Wing individuals during her husband’s AGR time of service from Jan '91 to Oct 2007.  Please keep them in your thoughts.

There are many challenges in 2021 that will keep the Association busy while moving us forward.  A quick summary of this year’s upcoming events include: Outstanding Airman of the Year, Scholarship awards, Laughlin Reunion, Christmas parties, local trips, base activities, and many other projects.  These projects come with their own challenges as we must remember that all activities will be evaluated based on current and anticipated Covid-19 restrictions.  The winter Laughlin Reunion will be a major priority if conditions allow and costs can be accomplished.  Information will be placed on our website as it becomes available throughout the year.  Successful communication is my #1 goal.

Our future success is based on our 800, dedicated members like you.  We appreciate your continued support as an active member of this organization.  I ask that you help us by sponsoring, donating to, or attending one of our events.  Your word of mouth about our proud organization is our best way to reach new potential members. Our goal last year was to increase our membership to 900 members—unfortunately, that did not happen.  Though not an easy task, we know we can attain it with your help—so spread the word!  Please join in and contribute to our ongoing and future success.

We look forward to your involvement in the functions that we have planned this year.  As a service organization, and a 501 (c) (3) charitable organization, we will always keep our members first and our mission to support the Wing and its members a top priority.  Please drop us a quick note with your suggestions to: Rronsgard@verizon.net. and/or bobk@scta.usta.com.  Your Association looks forward to seeing you at one of our upcoming functions!

Wishing you all best in this New Year,